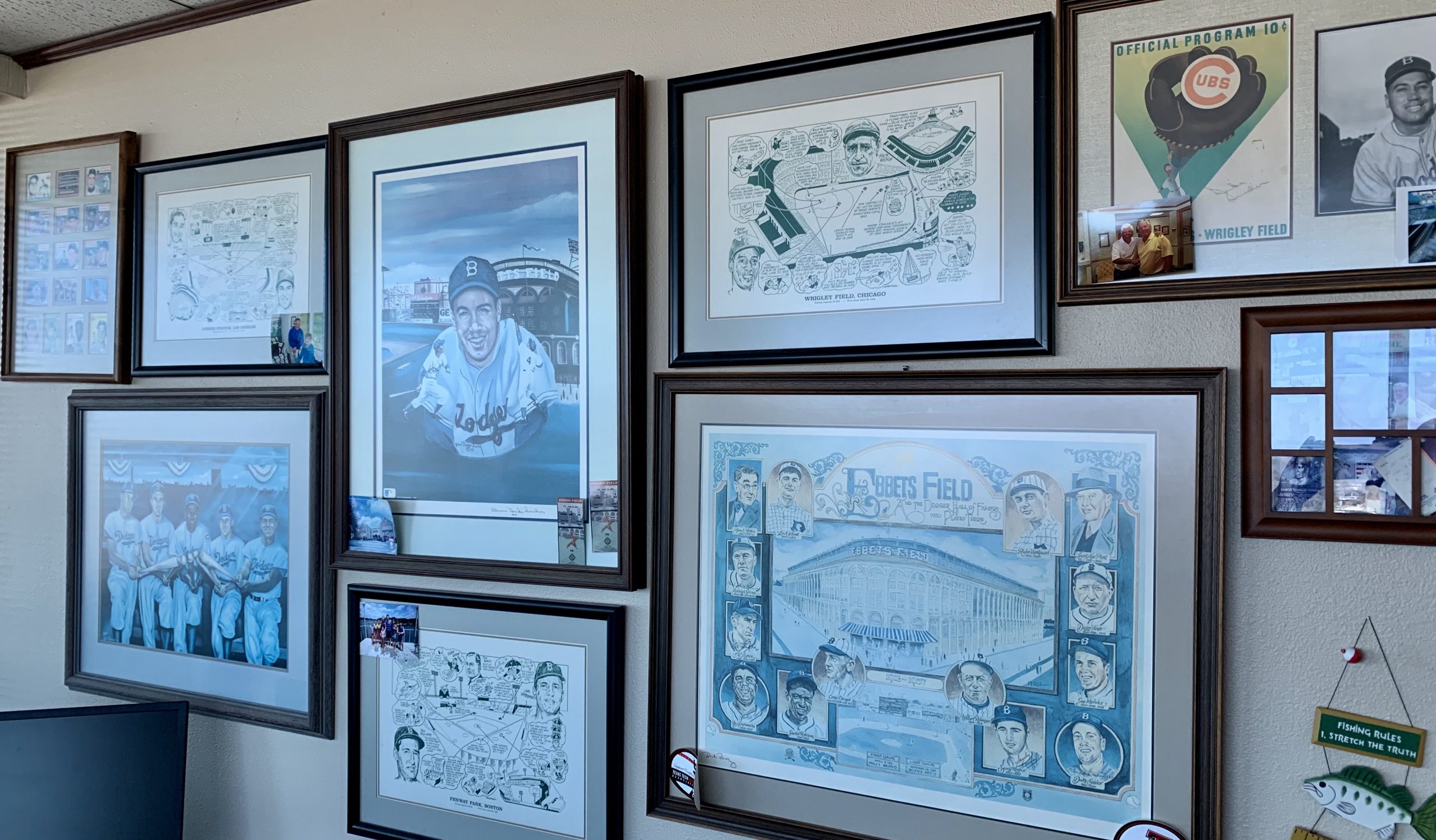 Jerry Kolander listened to the 1952 World Series on a radio his grandfather had given him.

It was a plug-in-the-socket radio – before transistor radios.

“The Brooklyn Dodgers lost to the New York Yankees,” said Kolander of a time when the closest Major League Baseball teams to West Texas were the St. Louis Cardinals and Browns (who became the Baltimore Orioles the next season).

The Dodgers also lost to the Yankees a year later in the World Series but won a fan in Amarillo.

“I didn’t want to root for the Yankees because they kept winning. The Dodgers hadn’t won – I felt empathy for them,” said Kolander.

His loyalty was rewarded two years later when Brooklyn won its first World Series in 1955 – also against the Yankees.

“I rode my bike up and down Virginia Street in my Amarillo neighborhood cheering and no one knew why,” said Kolander.

He went on to play baseball at Texas Tech, where he got a bachelor’s degree in history before going to Tech’s law school. He joined the McCleskey Law Firm in 1971, became a partner a few years later and is the Managing Partner today.

During all that time, he’s still a Dodger fan and basking in his team’s first World Series win in 32 years – taking place in Texas as the Dodgers recently beat the Tampa Bay Rays in six games.

“I’m relieved – not only had it been a long time, but lately they’ve been expected to win and that adds a lot more pressure. In 1955, the Dodgers were not expected to win,” he said.

Kolander saw his first Dodger game at Chicago’s historic Wrigley Field on April 11, 1959 as the Dodgers beat the Cubs 5-3. Future Hall of Fame pitcher Sandy Koufax started for the Dodgers.

Duke Snider, Kolander’s favorite Dodger, did not play in the game, which was a disappointment – but he did get his autograph.

“I saw Duke Snider on the field before the game. I wanted to go down and get his autograph and an usher stopped me. My dad told the usher we’d come all the way from Amarillo, Texas and the usher said it was against the rules. Duke was about 30 feet away. My dad yelled: ‘Mr. Snider, can we get your autograph?’ He said, ‘It’s against the rules, but I’ll do it anyway.’ That’s all he said,” said Kolander.

The Duke Snider-autographed scorecard from that game is framed in his office along with a black-and-white Snider photo.

Kolander’s dad Jerome was a sports writer with the Amarillo newspaper, who’d played football and baseball at the University of Minnesota – but he became an attorney and judge.

Kolander played outfield for legendary coaches Berl Huffman and Kal Segrist at Texas Tech in the 1960s but missed his senior year due to knee injuries.

“I grew up in a law family. Besides my dad, my grandad was a judge and a lot of their friends were lawyers,” he said.

Jerome Kolander was a Cardinals fan, but eventually rooted for the Dodgers.

“I trained them all to be Dodger fans,” said Kolander of his family.

Over the years, he’s been to a number of Dodger games, including the 1974 World Series they lost to the Oakland As.

His daughter Angie pulled out one of her teeth while they were sitting in outfield seats at Dodger Stadium in the early 1980s.

“Much to my chagrin, though, she’s become an Astros’ fan,” he said of Angie, who lives in Houston.

“The rest are Dodger fans,” he said, pointing out a ball from the 2020 World Series his daughter-in-law gave to him after it glanced off of her when it went into foul territory during Game 3 in Arlington.

And then there’s the Dodger wall in his office at McCleskey, looking down on the corner of University Avenue and 50th Street (photo seen at the start of this story).

There are framed baseball cards his mother was going to throw away when he was 18, art of Ebbets Field in Brooklyn, Dodger Stadium, Wrigley Field and Fenway Park in Boston along with a painting of Snider and another one of Snider, Jackie Robinson and other Brooklyn Dodger stars.

What do people think about the wall when they meet Kolander in his office?

“Some people ask about it and if I know someone’s a baseball fan, I’ll mention it. People are usually very interested. There’s a separate story for every item on the wall. Sometimes I’ll point out a few things and say ‘I’m telling you too much’ and they’ll say they want to hear about it,” he said.

There are numerous baseballs on display throughout the office.

Former Dodger manager Tommy Lasorda also called Kolander on his 40th and 50th birthdays arranged by some of the McCleskey staff.

“We had met and he remembered the meeting,” said Kolander, showing off a copy of Lasorda’s book “The Artful Dodger.”

It’s signed by Lasorda: “To Jerry, you and the Dodgers are both great.”